Twitter is a USA-based company and as such it tends to have a heavy political slant towards U.S. politics. Before it was purchased by Elon Musk this slant was heavily towards what Americans call “the Left” or “the Liberals” or “the Democrat Party”. This was ultimately unveiled in what the press are refering to as ‘The Twitter Files’ a selection of emails and Slack communications from within the company that show employees and high-ranking executives used their power to push political and social justice agendas that always aligned to this political party and their politicians.

The other political party in the USA is often referred to as “the Right” or “the Conservatives” or “the Republican Party”. Since Twitter was based in a so called Blue state in the middle of a Blue stronghold (i.e. ‘Blue’ here represents the Democrat party and all of their ideals) it is safe to say that none of what Conservatives valued were pushed or favored by the staff at Twitter abusing their power.

These two facts alone were, and currently still are, enough to ignite fierce vitriolic arguments on the platform. With human users, pseudononymous accounts, and bot accounts alike attacking each other in support of whichever party / ideology they support.

No matter which party you might align with or root for, as someone new to the USA, as an American tired of the screaming matches, or as someone using the Twitter service outside of the USA – you might grow tired of the screaming matches these political conversations bring up. This guide is designed to help you opt-out of the political agendas and conversations happening on Twitter right now and will be continually updated over time.

Step 1: Mute Frequently Used Words
Twitter introduced the “Mute” function in 2014 as a permanent part of the services feature set on both desktop and mobile apps. On Desktop you can find this by going to “More” -> “Settings and Support” -> “Settings and Privacy” -> “Privacy and Safety” -> “Mute and Block” -> “Muted Words”.

On the mobile apps (iOS and Android) this is in the same location but you start by tapping on your profile photo/logo in the upper lefthand corner the -> “Settings and Support” -> “Settings and Privacy” -> “Privacy and Safety” -> “Mute and Block” -> “Muted Words”.

Here you can mute one word or phrase at a time. You should always select options to mute the keywords from your home timeline, notifications, and from anyone who posts them. Here is what those options look like on desktop: 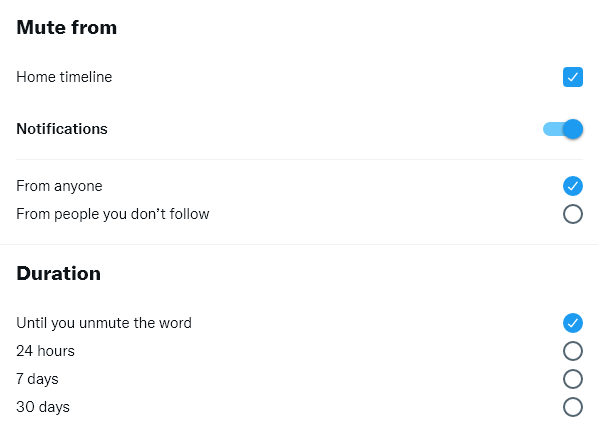 To remove and keep American political drama out of your feed and view we recommend muting these words:

Step 2: Remove the “What’s Happening” Section from Desktop / Laptop Browsers
While the new ownership of Twitter appears keen on ripping out the old infrastructure which appears to have been built as a vehicle to transmit American political news to the masses, for now it is still there. If you use Twitter on a desktop computer this can be extremely distracting and annoying – even if you are really into politics or work in a politically-adjacent field. That’s because the “What’s Happening” section in the sidebar is an always updating list of trending topics and news articles designed to keep you engaged with the platform at all times. It is also immune to the “mute” function so topics you have muted are likely to appear here.

The best way to keep American politics and other junk from getting into your view via this vector is to remove it completely.

To do that install the Ultimasaurus browser extension from the Chrome web store.

Then pin the extension to your toolbar. You can do this by clicking the 3 vertical dots in the upper-righthand corner -> selecting “More Tools” -> then selecting “Extensions” 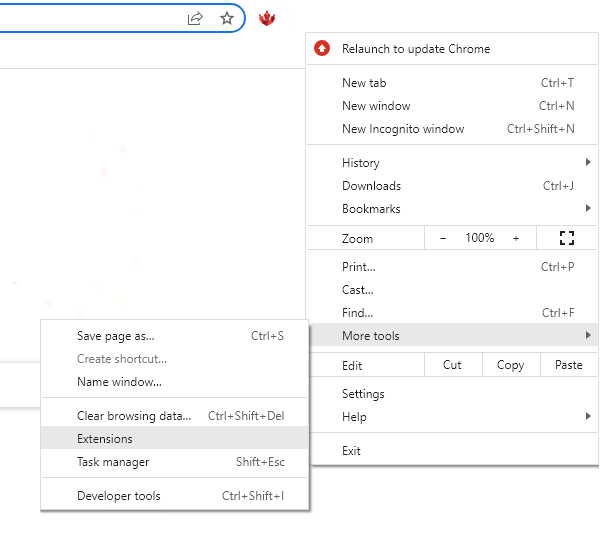 Now find the Ultimasaurus extension in your list of extensions and toggle the switch to pin it to your toolbar. The toggle should appear to be turned off (gray) and after being toggled on should appear blue in color.

You should now see the Ultimasaurus icon (the polygon dinosaur footprint) appear next to the URL bar at the top of your browser window. Left click this icon to bring up the extension’s options and click the toggle switch to turn the option to remove the “What’s Happening” section from Off to On. (‘on’ here means that the section will be removed, ‘off’ means it will appear). 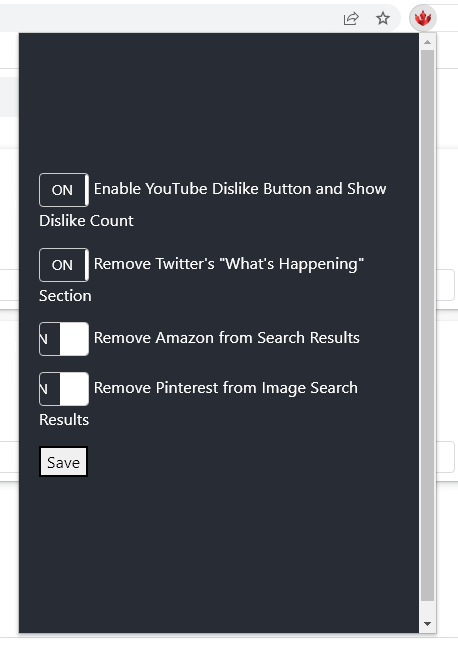 This means a lot of muting and there is really no way we can list them all here. It’s best to mute these accounts when you see them come across your feed. You can mute an account from their tweet, retweet, reply to someone else’s tweet, or by visiting their profile and muting them from the account-level options or by selecting a tweet and muting them from there. 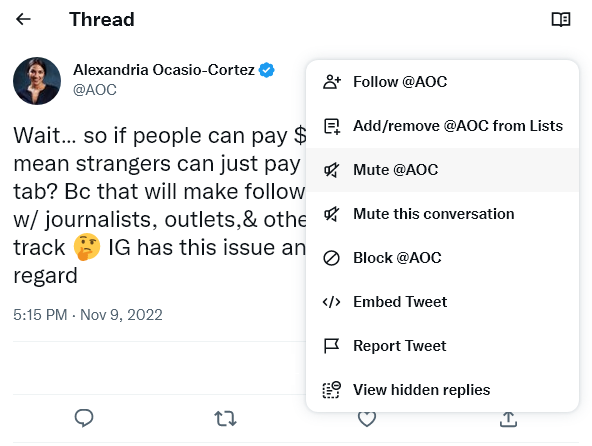 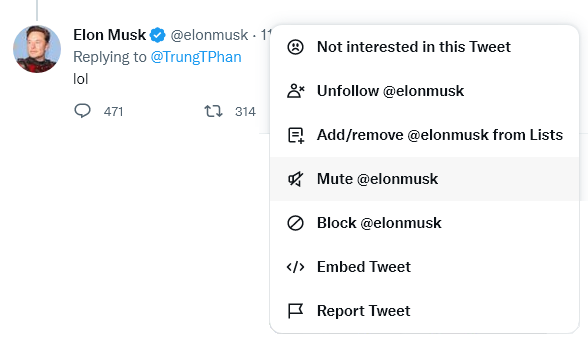 Question: Does muting block content from my searches / explore feed?
Answer: No. Muting only impacts tweets that enter your view via your feed or when you are reading a thread of tweets. It does not appear to apply to Twitter’s Explore, What’s Happening, Search, or Who to Follow recommendations.

Question: Is there any way to keep American political content out of my search or Explore on Twitter?
Answer: No. Unfortunately, right now there are no ways to remove this content. We are examining possible ways to do this with future versions of the Ultimasaurus extension.